Freedom of expression and Social Media 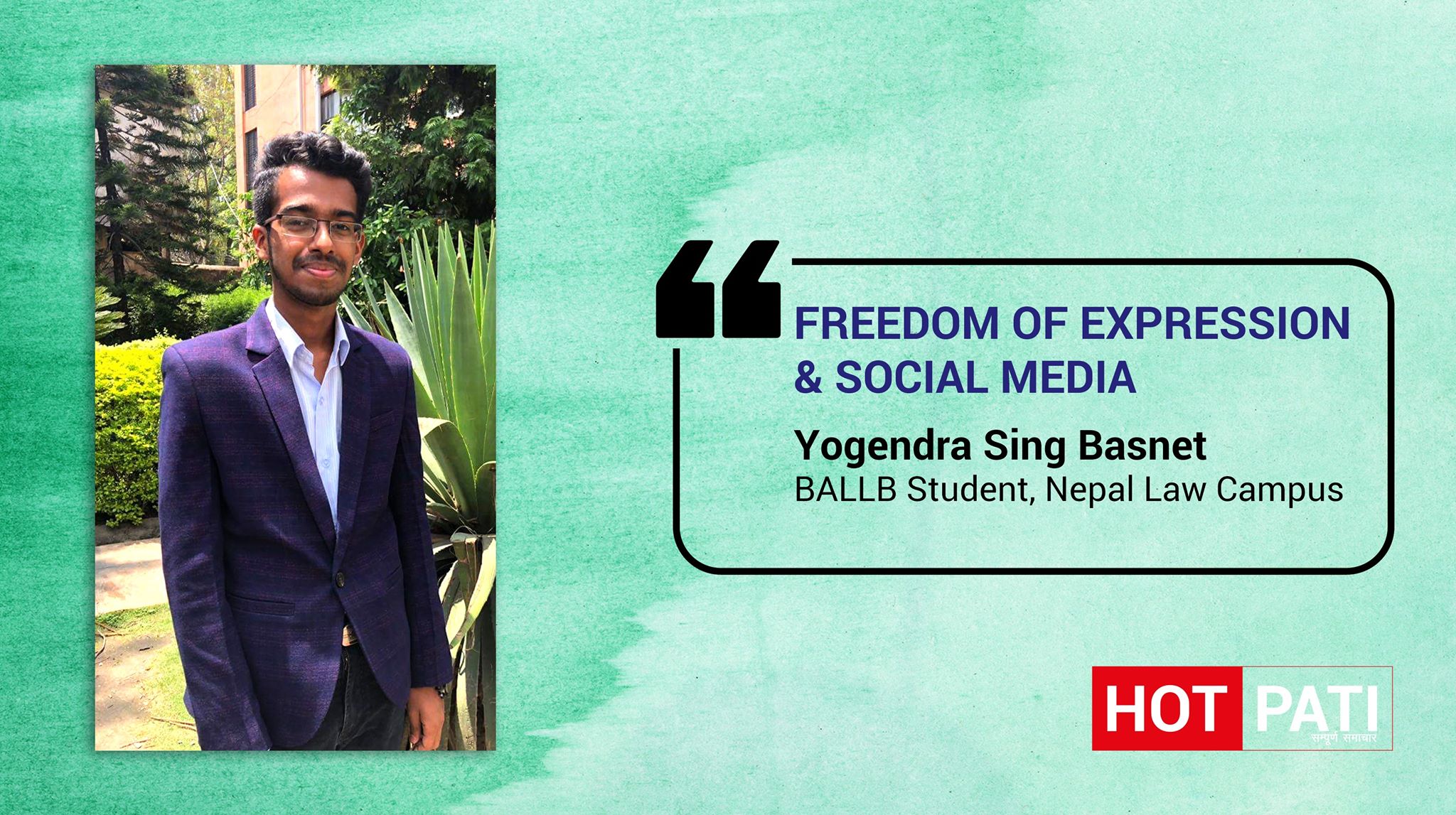 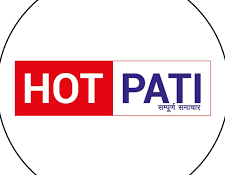 During the year 2072 when the country was suffering from devastating earthquake, the social media trended with the topic #back_of_indian_media. This topic was raised by Nepalese people against Indian medias publishing and broadcasting fake news about Nepal’s condition. People expressed their frustration against the Indian media by means of social media to stop spreading fake news and defamation of the country.

In the recent incident, an actress had posted a picture of herself in the social media. But she was abused and insulted for wearing short clothes. The abuse and insults directed towards forced her to shut down her social media account.

These two incidents having different scenarios present two different ways of expressing the opinions. While the first incident passes positive message within the community, the other one actually shows the misuse of social media and freedom of expression.

Freedom of expression is the right to express one’s ideas and opinions freely through speech, writing and other forms of communication without deliberately harming others’ sentiment and reputation through abusive, false and misleading statements.

One of the most distinguishing ability of human being is to express their opinion and thoughts freely through means of various communications which has differentiated human form other animals. It is one of the very nature which has allowed humans to stand against intolerance and suppression throughout the history. But during the course of history we had to fight numerous times for this very freedom. Many governmental system or dictators in various countries have tried to monopolize power and suppress people by revoking their right to freedom of expression.
Even in context of Nepal, we have had many revolutions in order to gain democracy. One of the basic feature of democracy is freedom of expression. In democracy, every citizen has the right to express their opinions without any limitation. But during the majority part of the modern Nepalese history, whether it was the autocratic Rana Regime or Panchayati System, both heavily emphasized on suppressing people’s freedom of expression. Any people who expressed their opinions against them were jailed or killed. So we Nepalese people on retaliation fought and revolted countless time and successfully gained back those freedoms we wanted. Countless people became martyr during the course of these revolution but those sacrifice didn’t go in vain.

Our present “Constitution of Nepal” has ensured our Right to freedom of expression under the Fundamental Right. Since constitution is the supreme and fundamental law of land; no one is above it. So there is no means of curtailing and limiting this right whether by government or any other individuals and organizations. This guarantees every citizen of various religions, castes and genders of the society to express and share their ideas and beliefs equally and freely.

In today’s world, the next rising and popular means of communication is social media. In this age of digitalization, social media has not only been a means to share message with each other but also a platform to express ones thought, opinions and ideals. There is no doubt that the world which seemed so huge yesterday seems to have shrank in our palms; all thanks to social media. We can see people vocalizing their thoughts on current political events. It has somehow connected many people together. But while this is a positive aspect which can be accepted easily, there is another dark side within it.

In the name of sharing views and expressing thoughts we are expressing our opinions without realizing that we may somehow be hurting others sentiment. Lets us take a look at the above mentioned two incidents. While the first incident shows the positive side of expressing the opinion that was somehow harming the countries reputation; the other incident actually showed the negative aspect of misusing the right freedom of expression that caused a person to actually cur her ties off from the platform without any rational reason. It was her right to post picture with any clothes she wanted. But people put their narrow perspective upon her by abusing her and hurting her feelings.

The amount of vulgar and thoughtless content posted on social media on daily basis in the name of freedom of expression is another disturbing subject that needs to be addressed. This misuse of freedom has caused a deformation which has raised a serious problem in the society. We can see people abusing and cursing others, showing lack of morality while breaking rules, social norms and value. Social media is open to misuse as well and several crimes are being committed with no means of preventing them resulting in creating new perversions and even loss of life in many cases.

This raises serious questions among us. How can this problem be addressed? Is limiting the freedom of expression solution to this problem? What efforts should be made in order to prevent the misuse of social media?

Since social media is basically open to misuse and cyber crime, government and legislature can enact laws which can impose restrictions on right to speech and expression on several grounds and regulate online content in interest of public at large. Nepal’s cyber world is ruled by Electronic Transaction Act [EAT],2063 that protects the online users from cyber crimes. But due to lack of proper monitoring and updates it has served little purpose. Also it doesn’t regulate abusive contents and opinions expressed in social media.

But while enacting and enforcing the law there may arise another problem. In the name of regulation, government may start censoring the contents which may not be essentially abusive and are directed towards governments and certain individuals’ wrong doings. This in turn encroaches the civil rights of people and wrongly limits the freedom of expression. We can take some example from our neighboring country India which are as follows:-

In April 2012, Ambikesh Mahapatra, a professor of chemistry in Jadavpur University in west Bengal, was attested for posting a cartoon on West Bengal Chief Minister Mamata Banerjee on social networking sites.

Similarly, In May 2012, two Air India employees were attested by the Mumbai Police of putting up on Facebook and Orkut content that was against a trade union leader and some politicians. They were in custody for 12 days.

These two examples perfectly portrays the problems that may arise while censoring and regulating the freedom of expression. So while enacting the law to solve these problems, law makers must analyze the problems through different point of view so as to not harm the civil right and fundamental right of people to express their opinions.

Freedom of Expression is a right which every citizen of a country must receive equally. Everyone has got their right to express their opinion freely on any events whether political or any other evens. And there is no doubt that social media is one of the powerful means of exercising one’s freedom of speech and expression. However, it has also started to become a platform for illegal acts in the name of sharing ideas. While this arises a need to put legal censorship on such acts, it also arises risks of violation of civil rights.

So instead of focusing more on censoring contents government must enact specific legislation which deals with threat of cyber law and punishing those who cross the law by abusing others. The government must focus on stopping the misuse of freedom of expression in suitable manner. While the good uses of social media must be considered positively, the negative effects of it must not be allowed to grow any further.

People are always forward to grab their rights but mostly back off when it comes to performing their duties. So people themselves must be aware about the fact that rights and duties always come hand in hand. On the course of expressing ones opinions they must be aware of the fact that such opinions must not be expressed to deliberately harm others. The laws that are enacted should allow people to use their right to freedom of expression while also regulating misuse of it. We have worked very hard to gain freedom of expression so we must rightly use it to express our opinion without violating the laws and harming others sentiment. 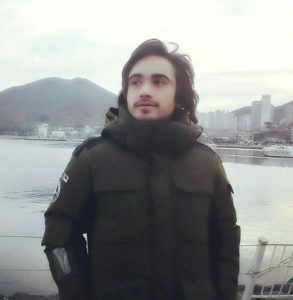 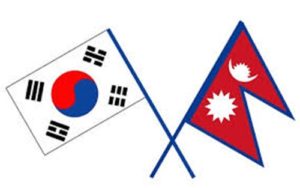 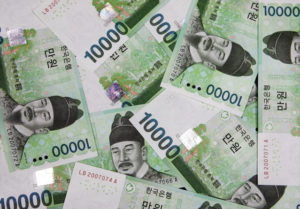 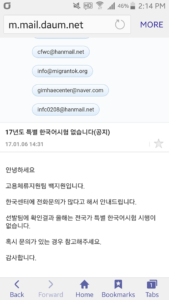 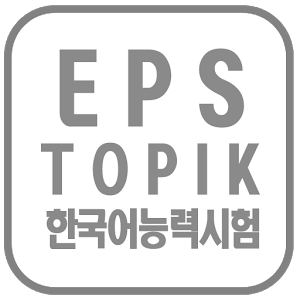 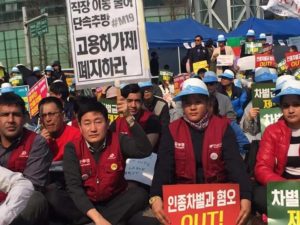 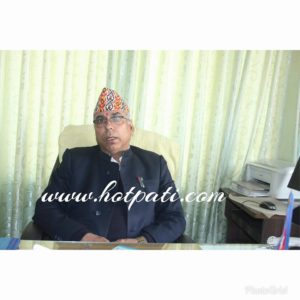 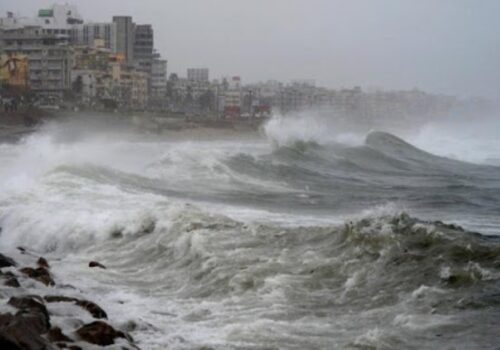